To split captions, move your cursor to the panel with captions, as shown in the following image: 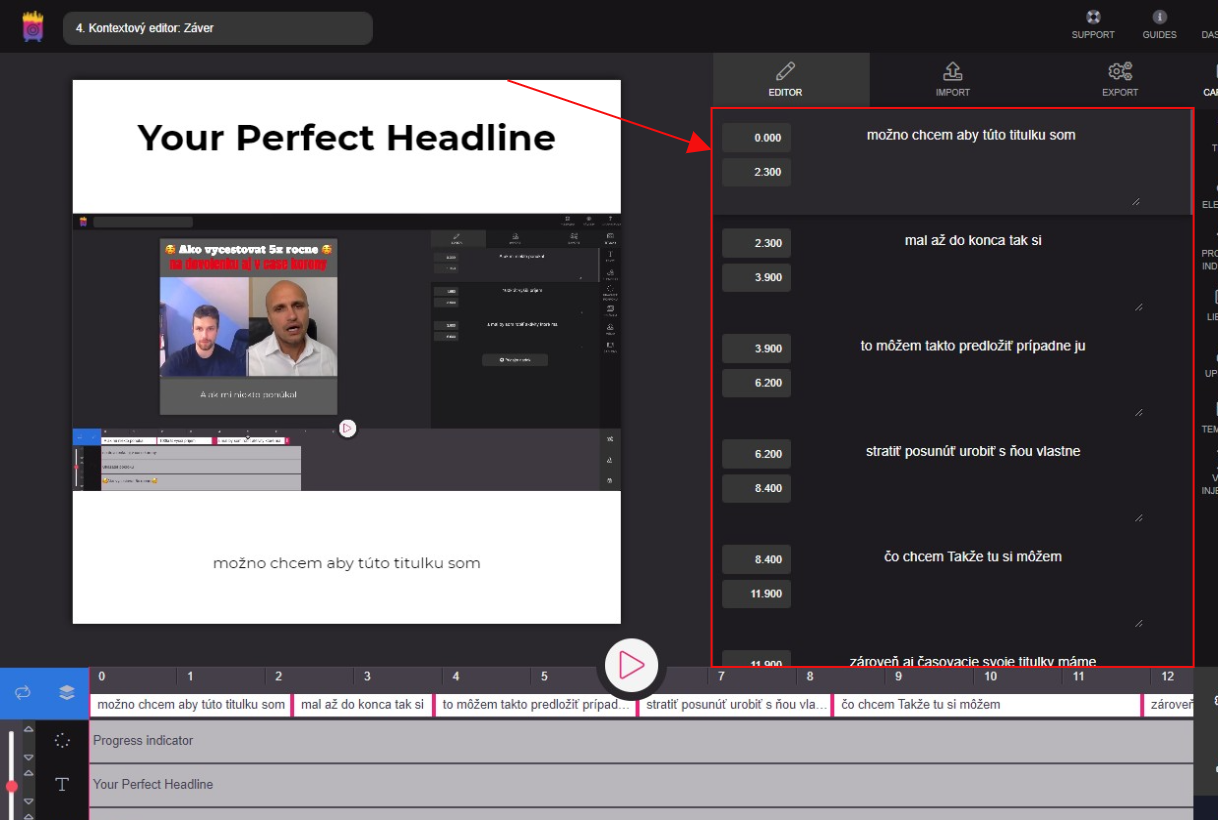 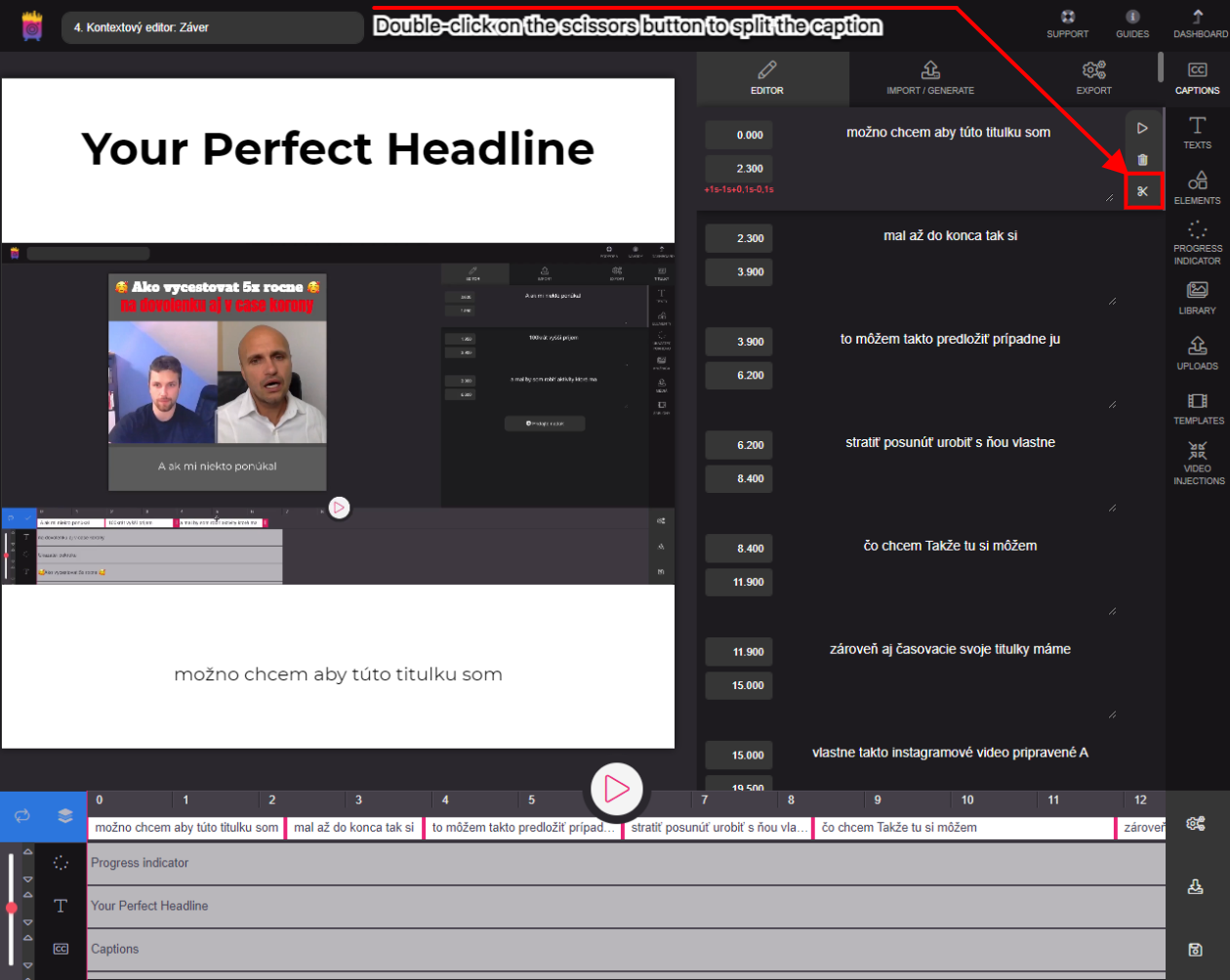 The process of adding a new caption(s) is the same, but after you split the caption, you must change the timing of the old and newly created caption(s) accordingly to your needs.

Was this article helpful?